Part 1: From the Perspectives of Management and Sales Engineers

Creating customer value with technology.
This is the identity of Nippon Helium Inc.

Combining the knowledge of the Air Water Group, an industrial gas producer, with the know-how we have accumulated as the pioneer that first imported, refilled and sold liquefied helium in Japan, Nippon Helium supports its customers in solving their problems with its sales engineers making proposals backed by solid technology.

From the Perspective of Management ｜ President and CEO Hirofumi Matsuyama 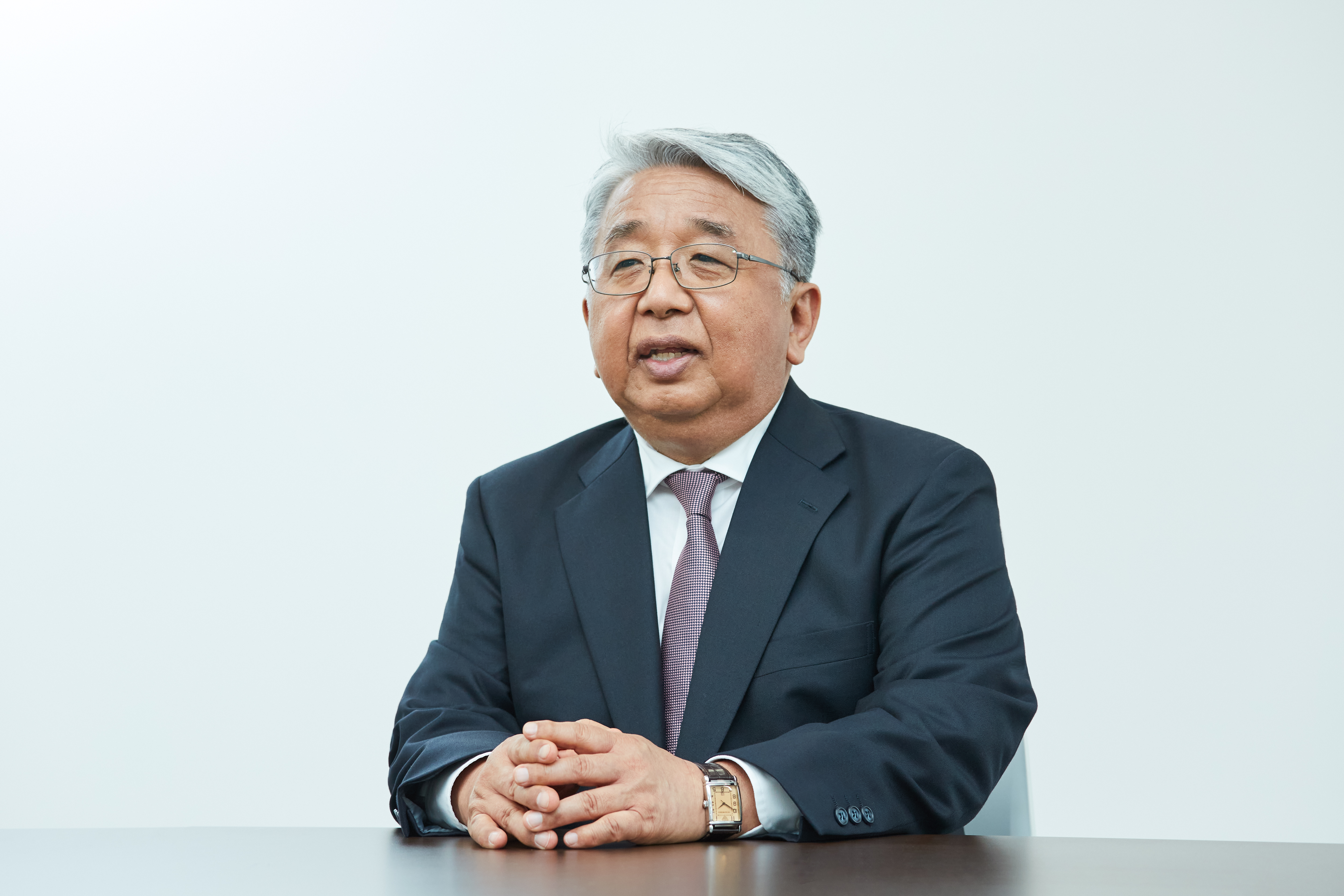 Sales engineers are our link
with customers, as we aim for
coexistence and co-prosperity.

We recognized helium’s future prospects early on and, since we started importing and selling liquefied helium, we have led the industry in helium technology. In the early years, we contributed to the widespread use of helium in Japan by means such as unstintingly helping others in our business with helium refilling operations, which require a high level of know-how. In the future, too, we will seek to offer creative proposals that other companies cannot, using the technology we have gained as a pioneer helium producer.
Sales engineers constitute the core of the technology-oriented business operation promoted by our company. In addition to offering proposals for further improvement to existing customers, our sales engineers approach the technical departments, such as the research and development, design and production departments, of companies with whom we are not yet associated, and give presentations on the value of helium. To companies using processes or gases other than helium, such as nitrogen and carbon dioxide, they actively convey the advantages of replacing these processes with helium. By deploying sales engineers armed with both technological and marketing capabilities to every region of the country, and by collaborating with regional companies in the Air Water Group, we aim to grow as a company alongside our many customers.

Try to solve problems as a partner

As a partner to co-create with our customers, our sales engineers propose to safety you, with needs and various issues ((1) what kind of equipment / systems are needed, (2) How much does it costs, (3) what kind of customization is necessary to meet the needs, etc.) to achieve the customer's business vision, from the technical and sales aspects.
To carry out the above, we will collaborate and share with the execution teams (technical development department, engineering department, and sales department) within the Air Water Group, and establish a system to maximize the resources of the entire Air Water Group.
Specifically, one of the missions of sales engineers is to develop new use for helium.
Based on our track record in industrial gas and medical gas, we are responding to discovering new possibilities for helium and rare gas that are useful to our customers, and improving production efficiency and resource saving of equipment that uses helium and rare gas (See the image above).
Furthermore, in our proposal with high added value for customer's technical issues, we have expanded the scope to areas such as rare gas and mixed gas based on the track record of helium and would like to expand not only for domestic customers but also for overseas customers.